The access of minorities to cultural activities is not an issue in cultural policy (♥). This merely reflects the absence of a relationship with the Syrian public. The Armenians for instance have their own organizations which teach their language and organize activities. Other minorities also practice their customs and rituals and celebrate their festivals. In some cases they obtain limited support from the Ministry of Culture, such as free venues to put on performances of a traditional nature. There are initiatives seeking to underline the social cohesion between the minorities, such as the Busra Festival. Many rural regions have no access to cultural activities and products.

Women constitute 20% of the total Syrian workforce. The MOC Central Administration has 4 female directors and 5 female Directorate Heads. The percentage of female directors at Al-Assad National Library is 70. Dar Al-Assad for Culture and Arts (the Opera House) has a total of 254 personnel of which 26% is female, including all 7 directors.

Table 1: Women working as the Ministry of Culture and affiliated bodies and directorates-2008 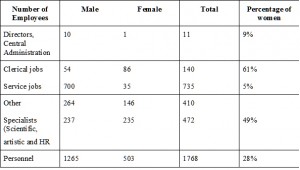 Table 2: Warner at the General Directorate for Antiquities and Museums

The post of Vice-President for Cultural Affairs is held by a woman, previously the Minister of Culture. In 2006, a decree was issued to appoint the female writer Colliette Khouri as the first Advisor to the President of the Republic on cultural affairs.