The Foundations of Modern Syria

During World War I the British encouraged Syrian nationalists to fight against the Ottoman Empire. The ambitions of the nationalists were thwarted in the peace settlement, which gave (1920) France a League of Nations mandate over the Levant States (roughly present-day Syria and Lebanon). From this time the term Syria referred approximately to its present territorial extent. France divided Syria into three administrative districts on the pretext that political decentralization would safeguard the rights of minorities. The Arab nationalists angrily asserted that decentralization was also a means of maintaining French control by a divide-and-rule policy. 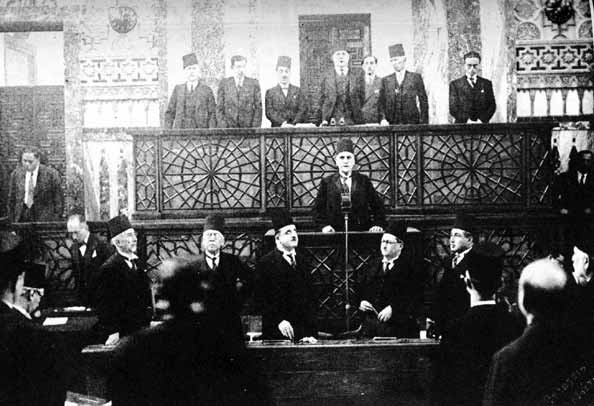 The French made some concessions after serious disturbances in 1925, which included a rebellion by the Druze and the French bombardment of Damascus. Lebanon was made a completely separate state in 1926, and after long negotiations a treaty was signed (1936) giving Syria a large measure of autonomy. Anti-French feeling continued as a result of the cession of the sanjak of Alexandretta (see Hatay) to Turkey, completed in 1939. In the same year the French suspended the Syrian constitution, and in World War II they garrisoned Syria with a large number of troops, most of whom, after the fall of France in June, 1940, declared loyalty to the Vichy government. Relations with Great Britain deteriorated, and when it was discovered that Syrian airfields had been used by German planes en route to Iraq, British and Free French forces invaded and occupied Syria in June, 1941.