Until the 20th century the term سوريا generally denoted those lands of the Levant, or eastern littoral of the Mediterranean, that correspond to modern Syria and Lebanon, most of Israel and Jordan, West Iraq, and North Saudi Arabia. Three geographical factors have played major parts in determining the history of Syria—its location on the trade and military routes, its varied topography, and the encroaching desert. Syria has always been an object of conquest, and it has been held by foreign powers during much of its history. 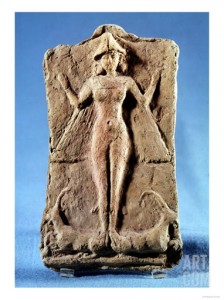 One of the earliest settlements was probably at أوغاريت; human habitation at Tell Hamoukar in NE Syria dates to at least 4000 B.C. ال Amorites, coming c.2100 B.C. from the Arabian peninsula, were the first important Semitic people to settle in the region, and they established many small states.

From the 15th to the 13th century B.C. the area probably was part of the empire of the الحيثيين, although it came under Egyptian rule for long periods during that time. The first great indigenous culture was that of Phoenicia (located mostly in present-day Lebanon), which flourished after 1250 B.C. in a group of trading cities along the coast. In the 10th cent. B.C. two Hebrew kingdoms were organized in فلسطين (انظر أيضا Jews). Syria suffered (11th–6th cent. B.C.) long invasions and intermittent control by the empire of Assyria. Babylonian conquerors also found success in Syria, and Egypt constantly sought to reestablish its position there. The Syrians were subjected to massacres, plundering, and forced deportations.

Under the Persian Empire, with its efficient administrative system, Syria’s standard of living improved (6th–4th cent. B.C.). Alexander the Great conquered Syria between 333 و 331 B.C., and his short-lived empire was followed by that of the Seleucidae (شاهد Seleucus I), who are usually called kings of Syria. Their control of Syria was constantly threatened by Egypt, which was ruled by the Ptolemies. 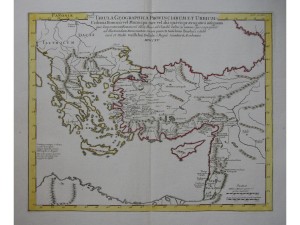 When invasions began again, first by the Armenians under Tigranes and then by the Parthians—both in the 1st cent. B.C.—the Hellenistic sheen was soon dulled. The Romans under Pompey conquered the region by 63 B.C., but they continued to fight the Parthians there, and the Syrians benefited little from the Roman presence. Many changes in administration occurred, and Rome drew from Syria numerous soldiers and slaves. The old pagan gods of Syria were also taken up by the Romans. More significant for the future of Syria, Christianity was started in Palestine and soon exerted some influence over all of Syria; St. Paul was converted from Judaism to Christianity on the road to Damascus. In central Syria, تدمر grew (3d cent. A.D.) to considerable power as an autonomous state, but it was conquered by the Romans when it threatened their ascendancy.

After the division of Rome into the Eastern and Western empires in the 4th cent., Syria came under Byzantine rule. In the 5th and 6th cent. Monophysitism, a Christian heresy with political overtones, gained many adherents in Syria. Byzantine control there was seriously weakened by the 7th cent. بين 633 و 640, Muslim Arabs conquered Syria, and during the following centuries most Syrians converted to Islam. Damascus was the usual capital of the Umayyad caliph (661–750) and enjoyed a period of great splendor. The Umayyads were forcibly displaced by the Abbasids, whose residence was in Iraq, thus ending Syria’s dominant position in the Islamic world. At the same time the ties between Muslim Syria and the predominantly Christian southwest (later Lebanon) began to loosen.