The protection of sites, monuments and collections – the tangible expressions of our heritage – is the primary goal of heritage professionals in conflict situations. In some areas, it has been done in a systematic way but it is also not uncommon for the measures to be taken haphazardly. The experiences of our colleagues in these cases demonstrate the value of creativity in dire situations. Each time conflict breaks out, as much as hope it will be the last, we learn from these shared experiences. This is why specialists need an awareness of risk preparedness, as part of a bigger risk management plan, and should make sure to consider measures that can be taken before a conflict breaks out. 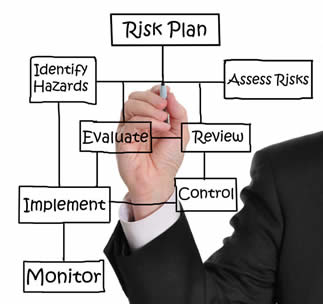 Risk Management is the process which aims to help organisations understand, evaluate and take action on all their risks with a view to increasing the probability of their success and reducing the likelihood of failure (Image and Definition from The Institute of Risk Management)

In other words, cultural heritage institutions should develop a strategy for the protection of cultural heritage in the event of an armed conflict. However, all too often we seek solutions from developed countries to address problems in developing countries. The guiding principle in the development of risk management plans should undoubtedly be that local problems need local solutions.

The Second Protocol of the Hague Convention (1999) gives  heritage managers legal back-up when conflict management strategies are created. In particular, cultural property of the greatest importance for humanity can be placed under enhanced protection provided it is adequately protected by domestic law and not used for military purposes or to shield military sites. However, many countries have yet to ratify this convention (see Conflict, Heritage and Law). 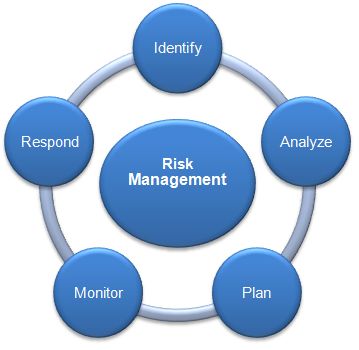 Dealing with such emergencies requires an understanding of the role and use of cultural heritage in conflict, how to protect and preserve sites and objects, communication strategies, logistics and planning.  Below follow some suggestions for practical first steps cultural heritage staff can take to safeguard or protect the precious and vulnerable heritage of their country, if threatened by war.

The particular focus here is on collections, such as those in museums, libraries and archives, although many of these points are also applicable to archaeological sites and monuments.

The first step is closedown. This is a normal practice listed in every disaster preparedness plan, and involves closing the institution or site as soon as possible in case of an emergency. This is to prevent casualties rather than to safeguard the site, monument or collection, as the iron rule in risk management is to

Once the doors or gates are shut and staff are safe, full attention can be paid to securing the holdings.

Once the institution is closed there are several options to secure the holdings, depending on how much time is left. One option is to move (some or all of) the collections to safer premises outside the institution or even outside the country. Of course, such an operation takes time and creates potential new risks. These risks can include, but are not limited to, a less secure building, improper storage which allows the objects to become damaged in transit, improper storage in the new building leaving the collection at risk from humidity, pests, and so on. 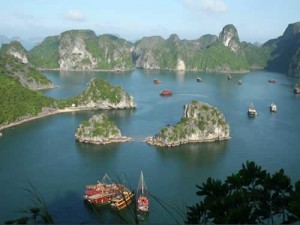 This stresses the importance of a solid contingency plan in which an evacuation is anticipated and planned for. Usually a library, archive or museum has sufficient space in another building that is not too far away to safely store their collection in case of emergency. An institution in a conflict-prone area should seriously consider relocating the collection outside the region – a project that can be realized with the help of international organizations. However, often the mistake is made of transferring materials to surroundings that do not meet the minimum preservation standards.

Safekeeping within the walls or site

In many cases there will not be enough time to move the collection to a safe location outside the institution or the country. In the absence of a contingency plan often the only option is to find a solution within the site or building itself and to move sites or monuments is next to impossible.

Displayed art objects in particular will need considerable attention as they lack the general safety of a depot and thus are the most fragile. Partly due to time constraints, and partly for practical reasons, big objects cannot usually be moved and will have to be protected in situ, while small objects can be wrapped up, packed and transported to the storage rooms, which can then be locked and barred. 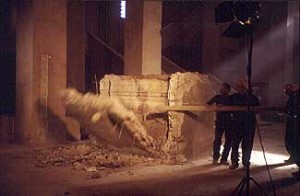 Beirut National Museum. Rehabilitation after the civil war (1975-1991). The cement box covering a Roman Sarcophagus in the entrance hall is removed. For more see their website…

Some museums demonstrated great ingenuity in preserving large objects from war damage. For example during the Civil War the National Museum of Lebanon covered their precious ancient mosaic floors with plastic, covered it with sand and finally with concrete. The big statue in the entrance hall was covered with a wooden frame and turned into a pillar. We can learn from their example. The rule should, however, be observed that the fewer people who know about the object caches the better it will be.

In the case of sites and monuments, which are at risk from conflict by military occupation or looting, several measures may be taken. To begin with, if possible the edges of the site should be fenced off and secured. It may be possible to work with the occupying force. When Cuidad Perdida in Columbia was occupied by government troops in 2007, initially no consideration was given to the fragility of the archaeological remains. Eventually the park administrator was able to get guidelines issued to the troops on appropriate behaviour inside the park. However, some parts of the site were damaged and had to be reconstructed to preserve the stability of the site. Unfortunately, a lack of documentation meant that the reconstructions were not entirely authentic. It is beneficial to the institution if such guidelines are already prepared, in order to speed up their adoption.

Normally electronic files of cultural institutions (e-catalogues, registration systems, site documentation, business files) are backed-up daily and sent to a server outside the building for safety. Unfortunately, this is not always the case as some institutions save their electronic data inside the building. If danger approaches it is essential to make a back-up copy of all electronic files or computer files and send them to a server off the premises that cannot be reached by the conflict. 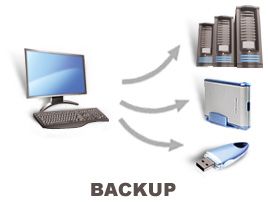 These files are the main source of information in documenting the history and importance of the objects in the collection, as well as providing a vital tool in tracing stolen parts of the collection if the worst is to happen. If there is no other option, consider saving the electronic files on an external hard disk drive (HDD) that can be taken off-site. Some HDDs have a storage capacity of 4 TB (terabyte) and via USB 3.0 data transfer is easy and at high-speed. If the internet is available, consider backing up online as much information as possible – be aware that this process is often slow, and will need time to upload. Also see the article The 5 criteria for a workable Disaster Recovery and Business Continuity – Data Protection.

If help is sought from or offered by multiple institutions, fragmentation of assistance can lead to duplicated efforts and a loss of information. To prevent this, heritage institutions in danger could link up with one foreign heritage partner only. This idea has already been put into practice by the American Museum Association and has also been suggested by the Middle East Librarians Association. Twinning is also a familiar practice between cities in different countries called Twin Cities or Sister Cities (see also Wikipedia at…).

Collaborations of this sort are actually advantageous to both parties. The institution at risk only has to deal with one foreign partner, which is simpler and provides a direct point of contact. Their counterpart will get to know the institution at risk better and will be able to readjust their plans as they go along, targeting their assistance appropriately and seeing their money better spent. However, it can be more than a just a practical solution. Examples from development organizations show that western participants in twinning projects were surprised to learn so much in their field of expertise from their co-partners, and felt that the experience benefited them as well as their partners.

For a general overview on Conflict and Risk Management see Heritage and Disaster, a Master Class for archaeology students.

For one of the few online resources go to (pdf) Protecting Cultural Heritage in Times of Conflict (ICCROM, 2012)

Adapted from: Teijgeler, R (2006), Preserving cultural heritage in times of conflict. To read the full text of this article with many examples from Afghanistan, former-Yugoslavia, Iraq and Lebanon click here…