The Directorate-General of Antiquities and Museums (DGAM) is the government agency that is responsible for the protection, promotion and excavation activities in all sites of national heritage in the country (for more on DGAM see Wikipedia and Facebook). The directorate was established after Syria’s independence in 1946 and has been under the central supervision of the Ministry of Culture ever since. According to Wikipedia the Directorate-General is split into several different direct directorates including:

The State Planning Commission (SPC) is responsible for issuing the documents which define the development and implementation of all policy plans, general and sectorial, of the different ministries, including the Ministry of Culture.  The SPC is affiliated with the Council of Ministers and supports the Higher Council for Planning.(1) 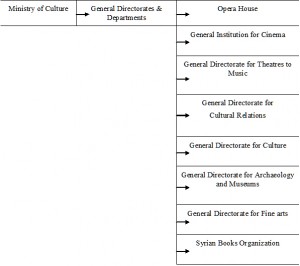 Figure 1: Organization of the Ministry of Culture

Interministerial or intergovernmental and intersectoral cooperation

Certain aspects of cultural policy are dealt with by other ministries:

Each ministry has a statistics and planning directorate, which reports to the minister in question, but the SPC are involved in defining policies. Each ministry submit its plan for approval by the SPC, together with the investment (planning) budget and the running budget. ‘the annual plans must be approved by the Council of Ministers; the budget is confirmed after it has been ratified by Parliament.

The cooperation between ministries or governmental bodies in the cultural field is limited to signing short-term memoranda for the implementation of projects or activities. To implement such interministerial agreements, a joint committee is formed under the supervision of the legal departments of the ministries in question, and after the official signature of this partnership, another joint committee is assigned to coordinate the project. As a result of this poor consultation, proposed interministerial projects overlap and there is mutual interference in projects adopted by different ministries. For example, both the Ministry of Culture and the Ministry of Tourism are responsible for the coordination of the relations between the cultural and tourist sectors.

The Directorates of Culture are located in all 14 Syrian governorates. The ministerial rules and the rules of their administrative representatives overlap which makes it difficult for the centres to operate efficiently.

Under a joint initiative launched by the EU and the Syrian government, work began in 2005 on preparing the first experimental stage of the MAM (Municipal Administration Modernization) project in 6 cities. The MAM Project aims to decentralize decision-making, giving local authorities greater control over their affairs, and introducing administrative and financial changes.

Local communities are slowly becoming partners in the development of programmes and research, although communication channels between the cultural sector and local communities are still in their infancy. In recent years, the Ministry of Culture has extended the geographical range of its activities to the Northern region of Syria. Until then cultural activities were concentrated in the capital and a few large cities.