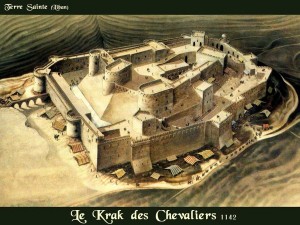 The Mamluks held control of Syria for most of the time until 1516, when the Ottoman Empire annexed the area. The Mamluk period was largely a time of economic stagnation and political unrest. In 1401 the Central Asian conqueror Timur sacked Aleppo and Damascus. For most of the four centuries of Ottoman control, Syria’s economy continued to be weak, and its politics remained fragmented. From the later 16th cent., government in Syria was not directly controlled by the Ottomans but was in the hands of several Syrian families who often fought each other. From the late 18th cent. the European powers took an increasing interest in Syrian affairs, the British as friends of the Druze, the Russians as protectors of the Orthodox Christians, and the French as allies of the Roman Catholics (especially the Maronites).

In 1798–99, Napoleon I of France invaded Egypt and also briefly held parts of the Syrian coast. In 1832–33, Ibrahim Pasha, the son of Muhammad Ali of Egypt, annexed Syria to Egypt. Egypt held Syria until 1840, when the European powers (particularly Great Britain) forced its return to the Ottomans; during this time Syria’s economy was revived and numerous schools were established. During the rest of the 19th cent. the Syrian economy was modernized somewhat and educational opportunities were increased. However, conditions were far from good, and growing resentment of Ottoman rule developed among the Syrians. After bloody fighting between Christians and Druze, Lebanon (largely inhabited by Christians) was given considerable autonomy in 1860.